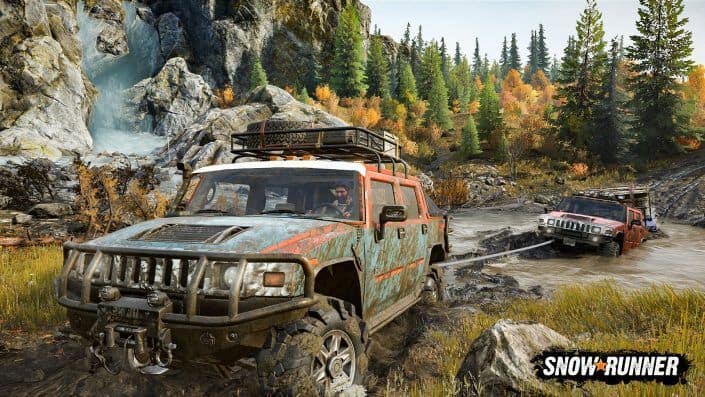 This is the original Realism Overhaul mod by WolFRock who has made this mod possible.
It was left behind a couple game updates ago and I have worked on keeping it compatible with recent updates.
This page is to make it easier for download purposes.

The mod is global, many changes are affected, installation is possible only by replacing the initial.pak file

Changes:
Additional Repair Parts and fuel for all cars and trucks (You need to subscribe to the mod and enable it in the game!)
You may also like Real Reshade created for this mod (This is the initial version, but now the game looks better)
All vehicles added: engines, gearboxes, suspensions, wheels (not very large)
Tuned: engines, gearboxes, suspensions, wheels
Gearboxes have a different number of gears (from 4 to 12 depending on the improvement)
Unlocked additional accessories (you can remove everything and put)
Slightly increased winches length (different winches have different power and length)
The weight of the load increases (now it really feels like you are carrying a heavy load)
The dirt has been increased (increase the amount of dirt after rain and snow, as well as the amount of dirt falling on the car)
Weather have been slightly altered (heavy snow and heavy rain increased, slightly increased light snow and light rain)
Exhaust smoke has been slightly increased
Added dynamic weather, added clouds on the horizon
Added all trailers for sale
Added Real fuel tank volumes thanks to ElfVierzehn and his mod for the data found (I understand that some fuel tanks are too large and some are small, but engine tuning is ongoing)
Increased fuel consumption (tuned gearboxes and engines)
Improved dirt and weather, increased exhaust emissions
Damage changed to more realistic ones: Wheels, gearboxes, engines, fuel tanks.
Improved Responsive Steering (Each truck has its own control)
Added Better Tire Pressure thanks to Siraij and his mod for settings. (I experimented with different settings, tried different mod options and decided to use these settings)
Added some settings from R-Physics MOD, VAXIS has not answered my post yet, but I think he will not mind (since the mod is global and there is not enough time to create and test everything)
Now all the trees can break, the limit of small trees is slightly increased, the limit is added to the medium and large (you can tear out the trees if you attach a winch, get closer it a little to the tree and pull it out of acceleration)
And many other changes…

Compatibility:
Mod No Recovery: To use both mods together, first install Realism Overhaul and SECOND install No Recovery (thanks Lo2k for mod compatibility)
The rest of the mods, you can install mods on standard trucks on top of my mod (by editing the initial.pak file, open the file and move the folders)

Other compatibility:
– This mod changes the initial.pak file and any mod modifying this .pak could conflict with this mod.

Note:
– This mod is global, so you do not install it simply by clicking the subscribe button.
– But the subscription button will notify you if an update is released!

How to install the mod:
Click on the mod size above the description to download the file and unzip with WinRAR
Close your game
Go to your game directory (i.e. Epic LibrarySnowRunneren_uspreloadpaksclient)
Backup your original “initial.pak” file
Replace the original initial.pak file with my modified initial.pak file.

Changelog:
– Updated to work with patch 8.0/1.10
– All main trucks have been completely rewritten and made compatible with the latest patches including the new customization menu
– GMСMH900 has AWD option now
– Adjusted all DLC cars damage capacities to the more realistic ones
( You will think twice before performing a full send on rocks :-P)
– Added the repair parts addon to all DLC cars
– Added more wheels options to Ford F750
– Fixed the ramps for all trailers (Gooseneck, M747 and Flatbed Ramps)
– Adjusted Gooseneck trailer to allow for smooth ramp activation

Can we ask for your help? Please rate this mod to let everybody know!
[Total: 1 Average: 5] 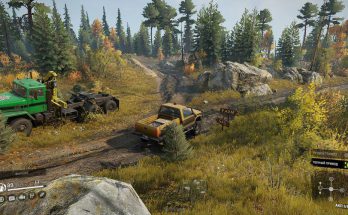 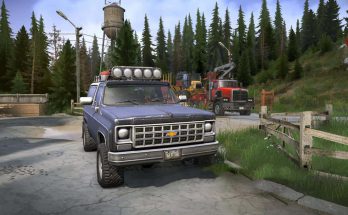 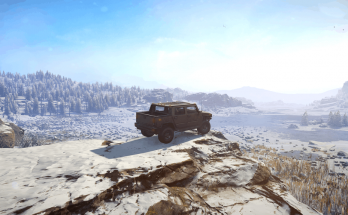